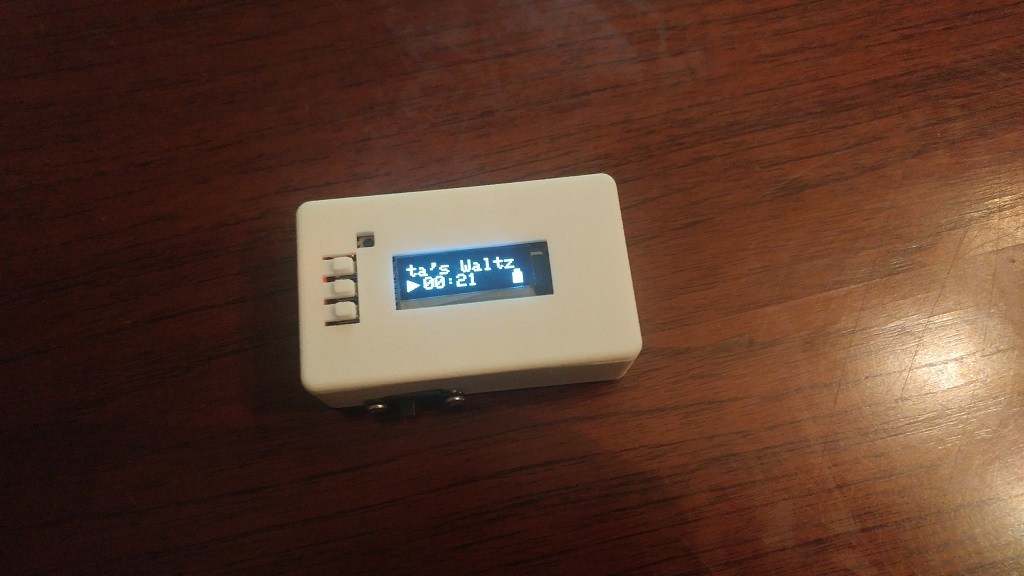 It’s been a month since my last post about my Arduino music player and remote.  This is a music system geared towards performers, like magicians, ventriloquists, jugglers and the like who perform a one man/woman show and need an easy way to queue up and play music and sounds. It uses two packet radio Arduino devices, one that stores the music on an SD card and is hooked up to a speaker system, and the other that provides buttons and a display that controls the music. The project has been coming along nicely since my last post, and I am quite pleased with the results so far. Since the last post, i have made significant software improvements and also created a 3D printed case for the remote.  I also informally tested the range of the remote, which uses packet radio to communicate with the base receiver. My test showed a range of about 250 feet with an unobstructed view. In comparison, Bluetooth’s unobstructed range is about 33 feet.

Some of the software enhancements made so far include:

Most of the functionality I was looking for this project is complete. Next tasks include fixing some bugs and adding some error checking (like when trying to use it with no SD card installed). I still need to make a case for the receiver unit, which will be similar to the case for the remote.  I think I can also slice off a few more millimeters in the remote case too. I also will like to see if others may be interested in this and may look into crowd funding if there is enough interest.