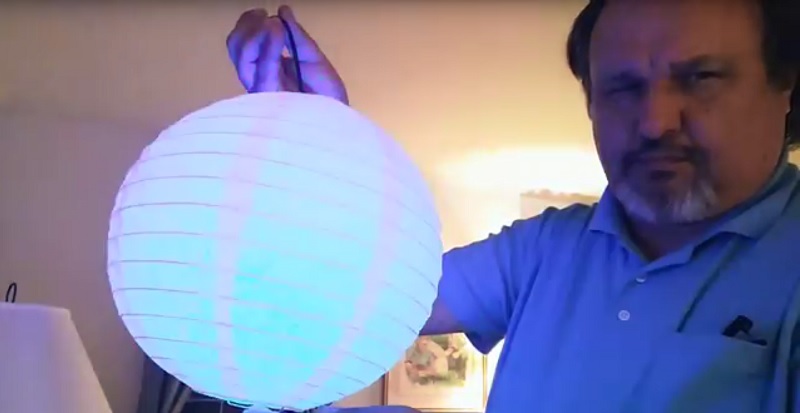 The party light project is a simplified version of another project I have been working on that uses Adafruit’s Circuit Playground and its capacitive touch feature. This project has a number of features that make it well suited for new as well as seasoned hackers:

These parts will be needed for the project:

The USB cable should be long enough to reach a wall outlet to the ceiling and down enough to hang the paper lantern. You can find long USB cables sold for Nest thermostats that will work well for this. A 15 foot or longer cable should be sufficient for most if you have an 8 or 10 foot ceiling height.

The source code for the party light is available on GitHub.

Warning: This project is for demonstration purposes only. Do not leave the party light turned on inside the lantern unattended. The Circuit Playground can get warm inside the paper lantern, and paper lanterns do not like heat.

Here are some ideas that I thought would be nice to incorporate at some point in the future.